< OTHER PRODUCTS
Automations for gates /
Transmitters and receivers /
winppcl 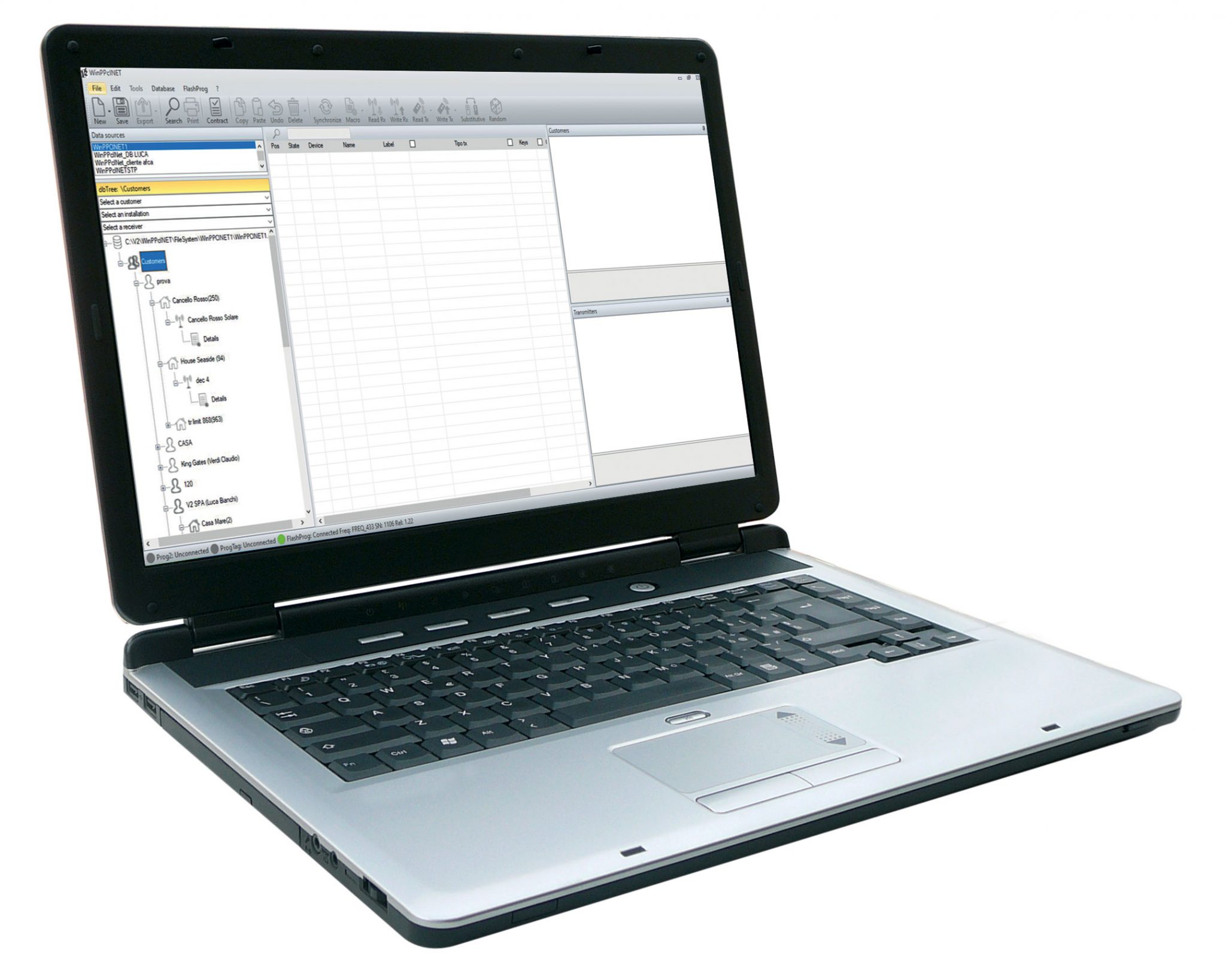 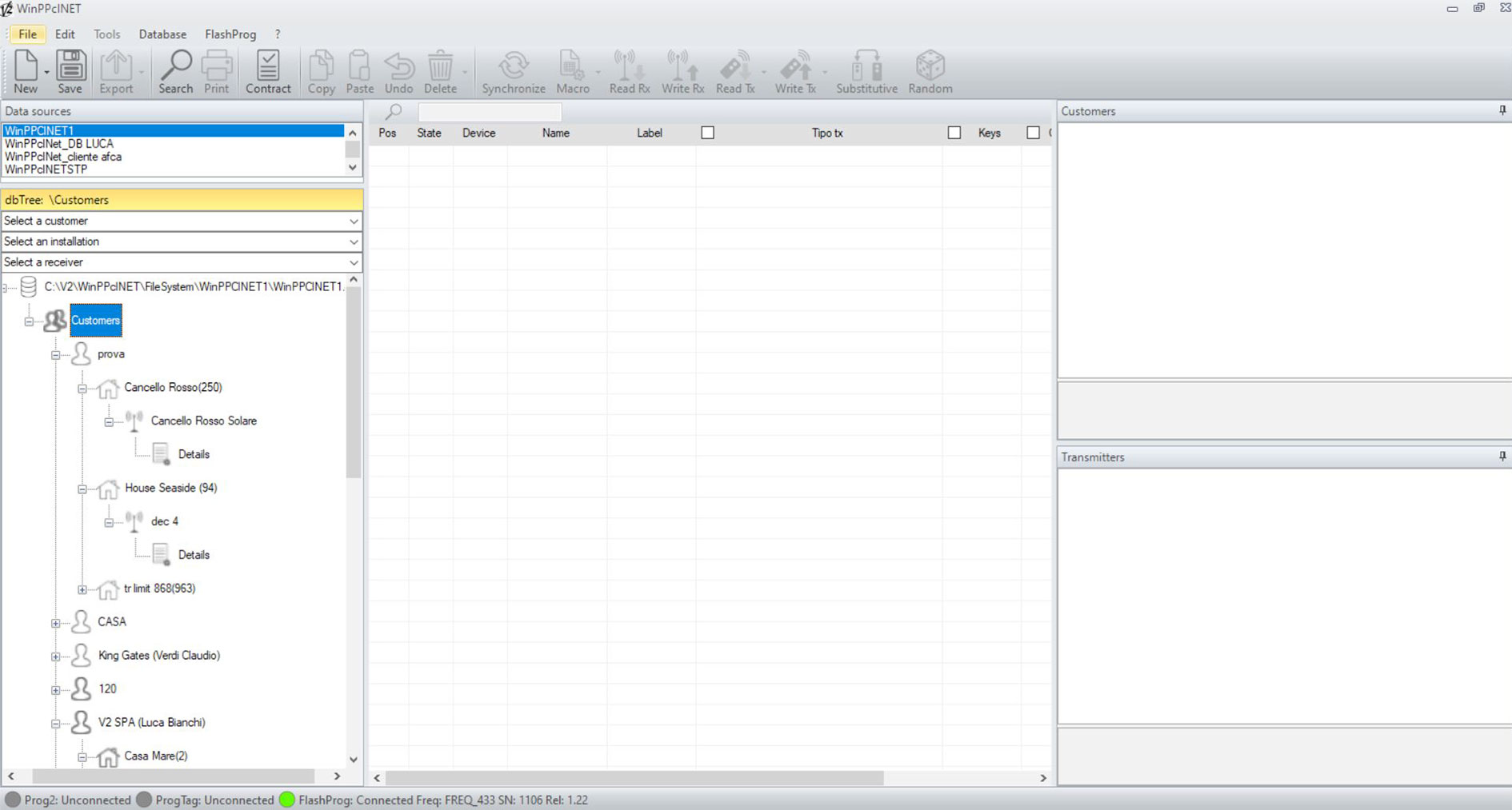 WINPPCLNET software is a program allowing the storage, consultation and updating of all the data and all the settings of the systems by using a Data Base.

WINPPCLNET can be used both by itself and also when connected to the PROG2 portable programming device. In the former case, it is only possible to work with the Data Base, while in the latter case, all the V2 device read/write operations can be performed.

In order to be able to use WINPPCLNET, it is necessary to obtain a contract activation code from V2 which will allow the devices to be customized with their own client codes.

It allows the installers to optimise their time by programming all the V2 TRANSMITTERS AND ACCESSORIES directly in their own workshop.

The configuration settings are then simply transferred to the receivers or the memory devices using the PROG2 device and installed on the system on site.

It allows rapid activation of a new user thanks to the option to automatically generate a series of random codes and then downloading them onto the receiver.

To activate a new user, simply program a blank transmitter with one of the codes already present in the memory.

It allows printing and exporting of all information regarding users, transmitters, receivers and installations.

It allows tracing a transmitter within the database by displaying the receivers in which it is present.

It allows the generation of transmitters, capable of substituting a transmitter previously memorised in a WALLY/MR2 series receiver, via radio.

It represents the platform for any future development of software and V2 applications.

It guarantees full compatibility with the functions and management of the previous WINPPCLNET versions allowing the continuity of management of existing systems.